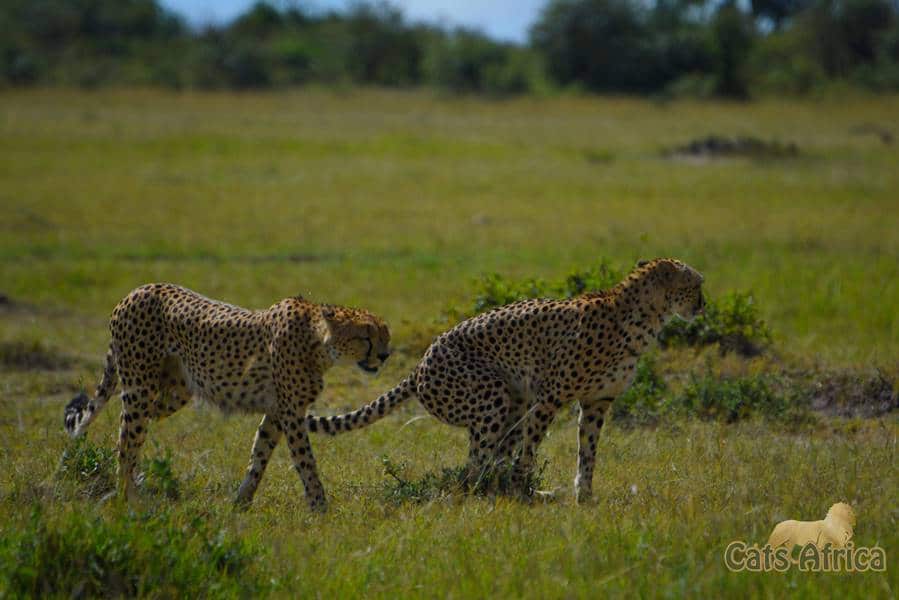 Early morning picked from your hotel and drive north to Samburu Game Reserve, home to some of the rare animal species found mainly in the semi-arid location. These include; beisa Oryx, Somali ostrich, reticulated giraffe, gerenuk, grevy zebra. Transfer to the lodge with a game viewing drive en route arriving in time for lunch. Depart at 16H00 for an evening game viewing drive until sunset. Dinner and overnight at ASHNIL SAMBURU CAMP (Full Board)

Spend the day on morning and afternoon game viewing drives (or a full day game drive with picnic lunch). The Reserve extends to Shaba & Buffalo springs Game Reserves (extra park fees, payable direct) all are home to the unique species and are a bird watchers paradise with over 450 species of indigenous bird. Animals seen include; lion, leopard, cheetah, hyena, occasional wild dogs, buffalo, giraffes, rhino, elephant, impalas, Thompson gazelles among others. All meals and overnight at ASHNIL SAMBURU CAMP (Full Board)

After breakfast and check-out drive down the Great Rift Valley floor to Lake Nakuru National Park arriving in time for lunch at the Flamingo Hill Camp. The park houses Kenya’s first rhino sanctuary and one of the largest concentrations of black rhinoceros in the world a large population of white rhino. Also of interest is an area fenced off as a sanctuary to protect Rothschild giraffes. Among predators are lion, leopard and large pythons hiding in the dense woodlands which may occasionally be seen crossing roads or dangling from trees. Other game includes Thomson’s and Grant gazelle, the long- eared leaf-nosed bat, colobus monkey, rock hyrax, hippo, and waterbuck; Impala, striped hyena, bat-eared fox, wildcat, reedbuck and golden. Dinner and overnight at FLAMINGO HILL CAMP (Full Board)

Drive to the world famous Masai Mara Game Reserve, so named to mean the “spotted plains” in Maa language. This is home to the greatest concentration of large mammals and is widely recognized as Africa’s ultimate wildlife reserve. Arrive in time for lunch and spend the early afternoon at leisure followed by an evening game viewing drive until sunset. The park is the northern extension to the vast Serengeti-Mara ecosystem, famous for its annual migration of wildebeest. This is a spectacular place of breathtaking sceneries, never-ending plains and the most abundant variety of wildlife remaining anywhere in the world. Dinner and overnight at OLKERI MARA CAMP (Full Board)

Spend the next two days in the Reserve on extensive game viewing drives. Wildlife is abundant in the Reserve with the gentle grasslands ensuring that animals are never out of sight. Birds are prolific including immigrants, 450 bird species have been recorded among them 57 birds of prey. Every year the Mara plays host to the world’s greatest natural spectacle; The Great Wildebeest Migration from the Serengeti beginning July to October each year. The promise of rain and fresh life giving grass in the north brings more than 1.5 million Wildebeest together into a single massive herd. They converge across the border into the Mara, making a spectacular entrance in a surging column of life that stretches from horizon to horizon. The big cats – lion, leopard, and cheetah – follow the wildebeest, essentially their main source of food, into the Mara. So the Mara at this time is literally packed with wildlife, providing lucky visitors on safari with superb sightings of game. All meals and overnight at OLKERI MARA CAMP (Full Board)

After breakfast and check-out, depart for the drive back to Nairobi arriving in time for lunch on own account. Dropped off at your hotel or transferred to Jomo Kenyatta International Airport for your outbound flight.