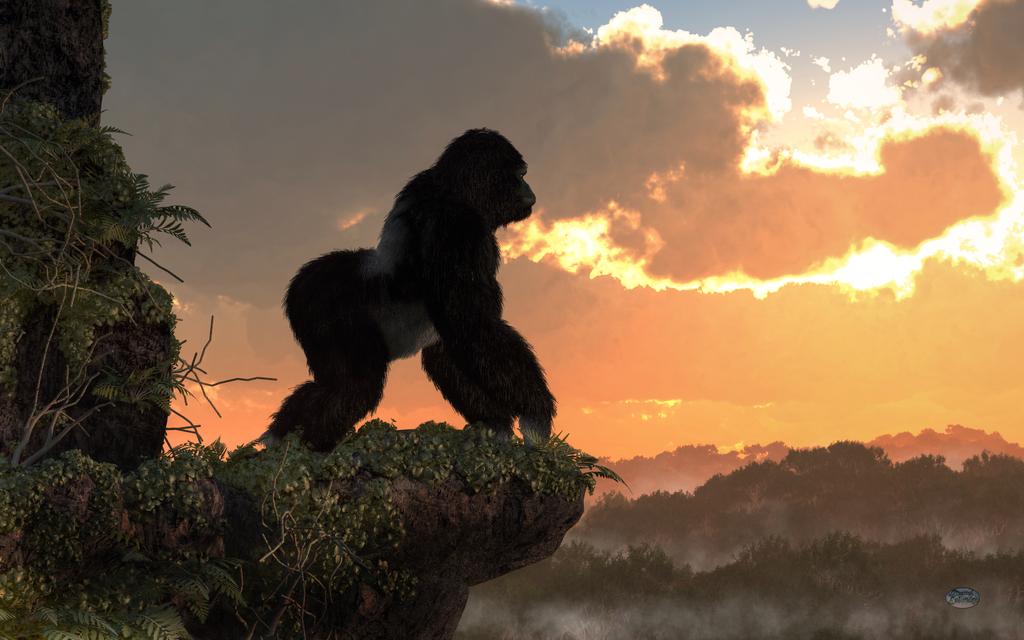 On arrival at the Kigali International Airport, met by CATS Africa representative and embark on a morning sight-seeing tour of Kigali City. At the end of the city tour, enjoy lunch at one of Kigali’s popular restaurants, or at the Hotel Mille Collines – depicted in the film “Hotel Rwanda”; the hotel became famous after 1,268 people took refuge inside the building during the Rwandan Genocide of 1994. After lunch, depart and drive north-west of the country to the Ruhengeri area – at the foothills of the Volcanoes Mountains. Arrive in the late afternoon, for check-in at your lodge. Dinner and overnight at SABYINYO SILVERBACK LODGE(full board).

After an early breakfast, you will be transferred to the park headquarters for registration of your gorilla trek and allocation of the particular gorilla family to visit. After registration and allocation of a gorilla family, the trekkers are put into groups – each group’s Lead Guide briefs the trekkers of the trekking procedures as well as the “do’s and don’ts” while in the presence of gorillas. After the briefing, trekkers return to their respective vehicles for the drive up the mountain to the trek start point, or Trail-Head.

Your trek starts in the cultivated foothills of the Virunga’s offering stirring views in all directions. Trekking can take from two to six or more hours if the gorillas move before the park rangers locate them the next morning. The guides stop frequently to allow trekkers a chance to rest and take photos along the way. When it enters the national park, trekkers will be immersed in the mysterious intimacy of the rainforest, alive with the colorful bird calls, chattering golden monkeys, littered with fresh spoor of the mountains’ elusive buffalo and elephant. Through gaps in the canopy, the magnificent peaks are glimpsed, among the highest in Africa yet easily accessible, beckon an ascent. Weaving through overhanging vines, moss-covered hagenia trees and giant lobelias that thrive in the tropical climate, our experienced trackers, who have spent their entire lives in or close to this forest, soon bring us up close with one of the Gorilla families. Upon sighting the gorillas, you will stay with them for a magical one-hour as they go about their daily life, feeding, playing, resting; raising their young. Coming face to face with a giant silverback must truly be one of the greatest wildlife experiences on earth! The Ultimate Experience!!

At the end of the trek, rejoin your driver-guide and transfer back to your lodge for freshening-up and lunch. Later in the afternoon, depart and drive south-westwards – down the winding roads and through the beautiful, rolling hill-sides to the shores of Lake Kivu – Gisenyi. Arrival in the late afternoon – to an orientation tour of Gisenyi Town, the Rwanda/DRC border point of Goma, and then onward to your Lake Kivu hotel, for check-in. Rest of the evening at leisure at your hotel. Dinner and overnight at LAKE KIVU SERENA HOTEL (full board).

Breakfast at the hotel. Spend the morning at leisure, on the shores of Lake Kivu – with opportunity for optional activities, such as – swimming in the lake; boat ride; boat excursion; water sports, biking, hiking; or more orientation drive along the shores of Lake Kivu, with your driver-guide – including a visit to the hot springs and distant view of Rwanda’s Methane Gas Plant on Lake Kivu, e.t.c. Early lunch at the hotel After lunch, depart and drive back to Kigali arriving in the late afternoon – with onward transfer to the Kigali International Airport, for your outbound flight.